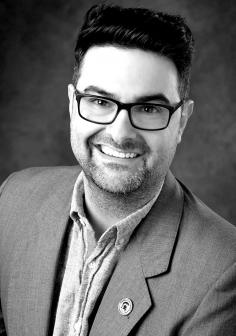 Nelson obtained his undergraduate degree in Electrical and Computer Engineering from the University of Puerto Rico, Mayaguez Campus in 2001 with honors. He completed his M.S. (2002 and PhD (2005) degrees in Electrical and Computer Engineering at Michigan Sate University. From January 2006 to June 2011, Nelson was faculty at the University of Puerto Rico - Mayaguez, and during this time participated in several summer research programs for faculty at the Air Force Research Laboratories (2006 and 2007), National Nanotechnology Infrastructure Network (NNIN) (2008) and the Cornell Center for Materials Research (CCMR) (2009). In 2010, Nelson was awarded the NSF Career award. His research interests are micro and nanometer-sized sensors and actuators (or transducers), characterization of smart and multifunctional materials and their integration in microsystems.