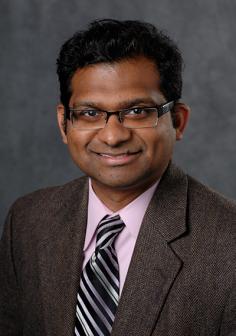 He was in the faculty of West Virginia University between 2003 and 2012 where he received the Benedum Distinguished Scholar Award for excellence in creative research and the WVU Foundation Outstanding Teaching Award.

Ross is an internationally recognized expert in biometrics, computer vision and machine learning. He has advocated for the responsible use of biometrics in multiple forums including the NATO Advanced Research Workshop on Identity and Security in Switzerland in 2018. He testified as an expert panelist in an event organized by the United Nations Counter-Terrorism Committee at the UN Headquarters in 2013.

Ross is a recipient of the NSF CAREER Award. He was designated a Kavli Fellow by the US National Academy of Sciences in 2006. In recognition of his contributions to the field of pattern recognition and biometrics, the International Association of Pattern Recognition (IAPR) honored him with the prestigious JK Aggarwal Prize in 2014 and the Young Biometrics Investigator Award in 2013.