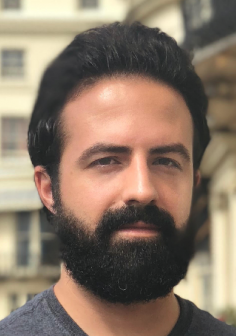 Dr. Ghassemi develops tools and systems that combine human and machine intelligence (A.I.) to solve problems that neither humans nor machines can solve as effectively alone. His research interests include machine learning, data mining, natural language understanding, recommendation systems, decision support, crowd-sourcing, game theory, and human-in-the-loop methodologies. He is especially interested in problem domains where human behavior and judgement must be modeled, and accounted for.

Dr. Ghassemi has authored papers in several highly respected scientific venues including: Nature Scientific Data, Science Translational Medicine, Proceedings of the IEEE, and the Proceedings of the Association for the Advancement of Artificial Intelligence. His work has been featured by venues including the BBC, NPR, The Wall Street Journal and Newsweek.  He holds multiple US Patents and has over 10 years of experience working in technical and strategic consulting with several of the world's largest companies : Allstate, Estee Lauder, Thomson Reuters, S&P and Samsung. He currently holds affiliations with Standard & Poor’s Financial Services, the Institute for Medical Engineering and Science (IMES) at the Massachusetts Institute of Technology (MIT) and the Ghamut Corporation. He also serves on the advisory board of several startup ventures.