The demand for portable rechargeable energy storage devices is ever increasing because of the advent of electric vehicles and the widespread usage of portable electronics. Lithium-ion batteries (LIB) are currently leading the battery market; however, the high cost and potentially depleting storage of lithium metals are stimulating the search for alternative technologies. Sodium-sulfur (Na-S) batteries are deemed as alternative candidates to supplant the ubiquitously used LIBs owing to their high energy density, specific capacity, low cost, and environmental benignity. However, the inevitable challenges such as the solubility of higher order polysulfides to the electrolyte, known as shuttle effect, and the sluggish kinetics of electrochemical conversion reactions of polysulfides plagued the commercialization of Na-S batteries. Here, we use first-principles density functional theory (DFT) simulations to investigate the interfacial interactions between polysulfides and various transition metal dichalcogenides (TMD). We introduce novel transition metal (TM) single-atom catalysts (SACs) embedded on various lattice sites of TMDs to resolve the longstanding challenges of the shuttle effect and slower kinetics of metal-sulfur batteries. We demonstrate that SACs result in strong adsorption of the polysulfides and expedite the kinetics of sulfur reduction reactions (SRRs) and catalytic decomposition of short-chain polysulfides.

Recently, metal-CO2 batteries have grabbed significant attention in the scientific community because of the unique features of simultaneously consuming CO2 to produce green electricity. CO2 is the leading greenhouse gas responsible for global warming and catastrophic consequences on environmental imbalance. In this regard, Mg-CO2 battery is especially highly promising because of its high volumetric capacity, low-cost, natural abundance, and safety. However, several roadblocks such as sluggish kinetics of CO2 reduction reactions, poor reversibility, and high charge overpotential, need to be overcome for the practical realization of Mg-CO2 batteries. Therefore, the target performance of Mg-CO2 batteries can only be achieved through developing catalytically active cathode materials. We perform DFT simulations to understand the catalyzing behavior of the SACs with the reaction intermediates of Mg-CO2 batteries. We derive Gibbs free energy profile to illustrate the favorable reaction pathways for identifying high-performing SACs to simultaneously accelerate the charging and discharging kinetics of Mg-CO2 batteries.

Mahbub Islam is an Assistant Professor of Mechanical Engineering at Wayne State University. He obtained his Ph.D. in Mechanical Engineering from the Pennsylvania State University and later worked as a postdoctoral research assistant in the School of Materials Engineering at Purdue University. His expertise is in the area of first-principles investigation of interfacial chemistries of metal-sulfur, metal-CO2, and metal ion batteries as well as other electrocatalytic systems, including oxygen evolution reactions (OER) and nitrogen reduction reactions (NRR). He leverages density functional theory (DFT) simulations to predict functional catalysts for electrocatalytic systems and design electrolyte additives to achieve improved performance. Additionally, he is an expert in ReaxFF reactive force field-based molecular dynamics (MD) simulations, which he employs to understand the detonation chemistries of energetic materials and thermo-mechanical characterization of a wide range of bulk and 2D nanomaterials. He is the developer of the eReaxFF computational technique that, for the first time, accounts for explicit electrons within the framework of classical MD simulations to describe redox reactions. He has published fifty-six journal papers and one book chapter. 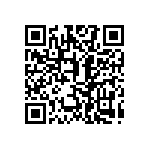