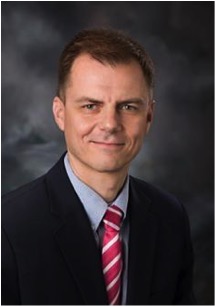 Volodymyr Tarabara, a professor in the Department of Civil and Environmental Engineering, has played a leading role in developing strategic partnerships for MSU throughout Europe and Eurasia. Since joining MSU in 2004, he has led and collaborated on research and outreach projects with a wide range of prominent scholars in France, Georgia, Germany, Norway, Singapore, Turkey, and Ukraine. He has also lectured in several universities in Africa, Asia and Europe.

He was awarded an honorary degree by the Agricultural University of Georgia, Tbilisi, last year – after serving as a U.S. Fulbright Scholar in Georgia in 2014- 2016. He was honored for his environmental engineering efforts toward a safe and sustainable water supply.