Philip W. Anderson, a Nobel Prize-winning theoretical physicist, wrote in 1995: “The deepest and most interesting unsolved problem in solid state theory is probably the theory of the nature of glass and the glass transition.” This challenge is especially intriguing and practically important for polymers. Many processes (mechanical recycling, lithography, application of paints to surfaces, extrusion of amorphous plastics, etc.) are designed based on our ability to understand the glassy dynamics, where the material viscosity can increase by several orders of magnitude as the material is cooled by only a few degrees. Today, the accepted paradigm is that as a polymer is cooled below its glass transition temperature, its “free volume” or, alternatively, “configurational entropy” decrease to zero at some finite temperature T0; at that temperature, the material becomes completely “frozen” as its relaxation time and/or viscosity diverge. This is described mathematically using Vogel–Fulcher–Tammann (VFT) or Williams–Landel–Ferry (WLF) equations. Recently, however, many researchers (G. McKenna, J. Dyre, H. Winter, and others) demonstrated that in many systems, the VFT formalism breaks down, and the low-temperature glass is better understood as “just another fluid”, albeit with extremely slow dynamics (with molecules moving over geological or astronomical timescales). In my talk, I will show a simple semi-phenomenological model aimed at describing this behavior. The model – labeled “two states, two (time)scales” or TS2 – has been shown to successfully describe dielectric - and -relaxation in several amorphous polymers, such as PS and PMMA; it can also be extended to miscible polymer blends and random copolymers. I will conclude by discussing future steps in theory development, including its practical applications (nanocomposites, recycling, membranes, lithography, etc.)

Valeriy Ginzburg has earned his B.S. (Chemical Physics) in 1989 and Ph. D. (Polymer Physics) in 1992 at the Moscow Institute of Physics and Technology (“FizTech”) in Russia. After postdoctoral fellowships at the University of Colorado at Boulder (advisor Prof. Noel Clark) in 1993-97 and the University of Pittsburgh (advisor Prof. Anna Balazs) in 1998-2000, Dr. Ginzburg joined The Dow Chemical Company in February 2001 in Core R&D in Midland, Michigan. He was a Senior Research Scientist at the time of his retirement from Dow in October 2020. Today, he is a visiting professor at the MSU ChEMS department and a founder of consulting company VVG Physics Consulting LLC.

Dr. Ginzburg’s work has mainly been in the area of structure-property modeling of polymers, complex fluids (surfactants, emulsions, paints and coatings), composites and nanocomposites. He developed several predictive structure-property models for polyurethanes. He led two collaborative projects with Prof. Ron Larson (University of Michigan), one on the rheology of waterborne coatings and another one on the rheology and crystallization of LDPE/LLDPE blends. Over the years, he has contributed to the development of many products and technologies, including Directed Self-Assembly and Quantum Dot Displays, Chemical-Mechanical Polishing Pads, Hair Care Deposition Aid Polymers, and others. More recently, his main interests have been in the area of polymer nanocomposites and glass transition.

Dr. Ginzburg is a co-inventor on 15 US patents and author or co-author of about 90 journal publications (including several in Science, Physical Review Letters, and Nano Letters). He authored or co-authored about ten book chapters and is a co-editor of a book, “Theory and modeling of nanocomposites” (published by Springer Nature in 2020). He organized a number of symposia at the annual meetings of the American Physical Society (APS) and the Materials Research Society (MRS) and presented several invited talks at those society conferences. He has been elected Fellow of the APS (2014) and awarded the Dow Core R&D Excellence in Science award (2015). 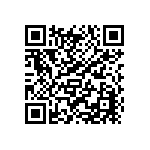